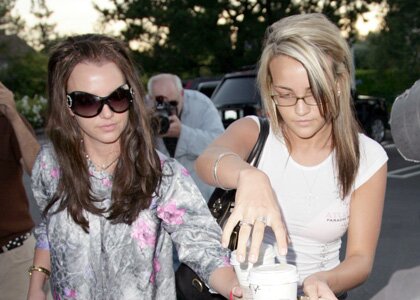 What in the world could possibly get Britney Spears under control?!  Could it be her family?  Britney has been spotted running around with her sister Jamie Lynne, and PEOPLE magazine is reporting that her mother Lynne flew in for an intervention over the weekend.

"Brit really needed her mom," a source tells PEOPLE. "So Lynne flew out and they met."

TMZ is also reporting that Britney had her first supervised visit with her kids, Jayden James and Sean Preston on Monday.

Spears was spotted walking around her gated community with the boys and the same nanny who has been seen with the kids at her ex-husband Kevin Federline's house.

TrackBack URL for this entry:
http://gaysocialites.blog/cgi-sys/cgiwrap/cwinters/managed-mt/mt-tb.cgi/2474