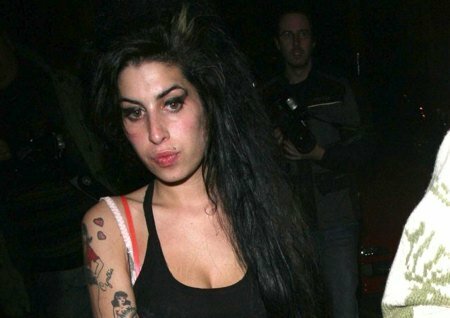 Holy Moly is reporting that British singer Amy Winehouse has been arrested while on tour in Norway.

Amy Winehouse has been arrested whilst on tour in Bergen, Norway...

Watch this space - unconfirmed reports have said it is either possession or domestic voilence  [SIC] - OR BOTH.

The arrest claims have not been confirmed, but the website is also reporting that Winehouse was scheduled to appear on Friday night at Peer Gynt in Bergen.  Holy Moly also suggests that the concert will be canceled due to the arrest.

We hear the concert is lacking, because Amy can't remember any of her words... so you probably aren't missing much!

This story is developing...

TrackBack URL for this entry:
http://gaysocialites.blog/cgi-sys/cgiwrap/cwinters/managed-mt/mt-tb.cgi/2575