Who is hosting at LAX on New Year's Eve? 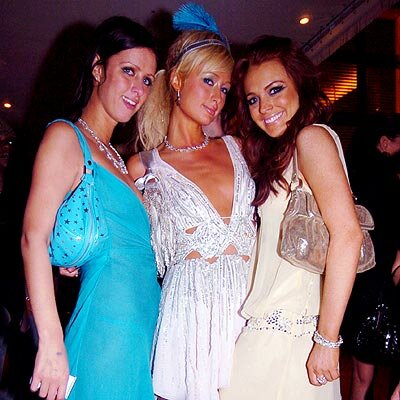 It's the battle of the bloggers, and the war is over who is hosting the New Year's Eve party at LAX (the club, not the airport).

Perez Hilton is reporting that Lindsay Lohan will serve as the master of ceremonies as Las Vegas party-goers ring in the new year.

I'm not sure where Perez gets his info (and I'm not sure I want to), but I remember an announcement a few weeks ago that Paris and Nicky Hilton would host at LAX.

The girls over at Hollyscoop have slapped Perez with a big "hun, uh!"  They called up the PR reps at LAX and they say "Paris and Nicky Hilton are hosting."

I'd put my money on Hollyscoop, but we may not know until December 31st.

TrackBack URL for this entry:
http://gaysocialites.blog/magazine-mt/mt-tb.fcgi/2644