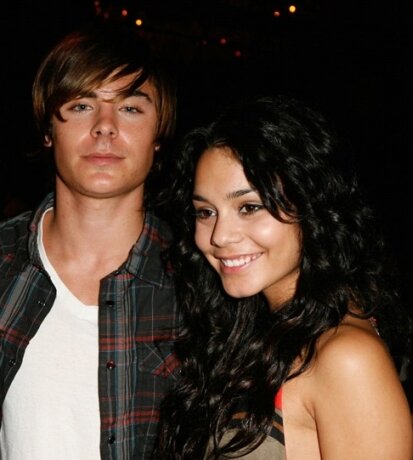 Zac Efron brought his girlfriend Vanessa Hudgens out of hiding on Wednesday night for the Frederick’s of Hollywood Spring 2008 Collection debut.

This was one of Vanessa's few appearances since her naked photos popped on websites like gaysocialites.blog and others.

Hudgens clammed up when she was asked to discuss her favorite looks of the evening, inspiring Efron to pipe in: "I'm not really an underwear kind of guy, but she is." Indeed, Efron did look bored as celebrated stripteaser Dita Von Teese performed in a gilded bird cage. Keeping a tight grip on her man, Hudgens would say only that she liked the feathers that appeared on models throughout the evening."

TrackBack URL for this entry:
http://gaysocialites.blog/cgi-sys/cgiwrap/cwinters/managed-mt/mt-tb.cgi/2653