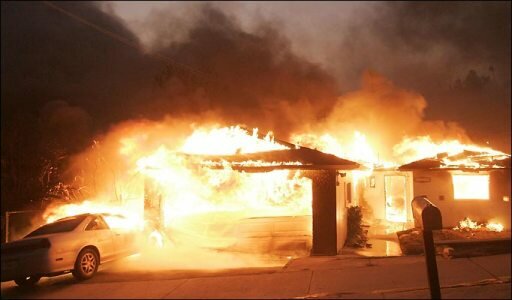 BREAKING NEWS- It hasn't even been a month since the last wildfires ripped through Malibu, and now another round of fires is burning through the ocean front California hot spot.

This round of fires evidently began early Saturday morning near Malibu Lake.  Over 1,600 acres have already burned.  Fires have destroyed more than 20 homes, but so far no injuries have been reported.

The American Red Cross has set up at Agoura High SChool.  Meanwhile, the city is discouraging evacuees from going to Zuma Beach as the smoke in the area is just too heavy.

Hundreds of firefighters were placed on watch this weekend as Santa Ana wind returned to Southern California. Gusts up to 60 mph were reported in some mountain passes overnight.

This story is developing...

TrackBack URL for this entry:
http://gaysocialites.blog/magazine-mt/mt-tb.fcgi/2988