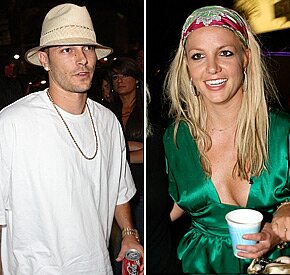 It was a typical circus day in court Thursday for the Britney Spears/ Kevin Federline custody battle.

Spears' lawyer, Anne Kiley, said Britney was getting called for drug tests as early as 8:00 AM, and that doesn't fit her pop star lifestyle.

"You are not a pop star with a number one album, so you don't know," Kiley said as the courtroom laughed at her.

Evidently Brit's lawyer knows what she is doing, because it worked.  The judge agreed to come up with a drug testing schedule that works for the pop star.

Both sides has asked the judge to have until noon on Tuesday to try and reach an agreement.

The judge didn't change Britney and Kevin's current visitation arrangement, but he did order Spears to notify her lawyer when she changes her cell phone number (which seems to happen to often).

i am starting to feel like this is one big show. why would they allow britney spears of all people to get tested whenever they want? doesn't that take the whole "random" part out of it?

TrackBack URL for this entry:
http://gaysocialites.blog/cgi-sys/cgiwrap/cwinters/managed-mt/mt-tb.cgi/2795