« Anna Nicole Smith would have turned 40 on Wednesday | Main | So does Huckabee want gay support or not?! »

Britney Spears is a shoplifter... what's next?! 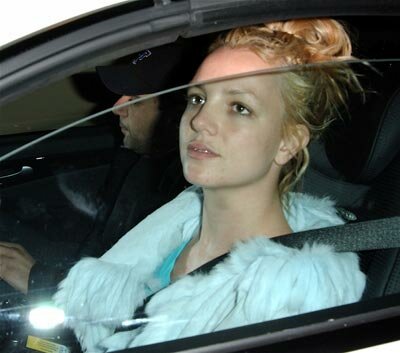 Brace yourself... just when you thought Britney Spears couldn't do anything else to damage her already ruined career... Ms. Spears has totally out done herself.

US Weekly is reporting that just before 1 a.m. on November 18th, Spears bopped into the X-rated Hustler Store in West Hollywood.

Britney evidently wanted to try on many, many, many pairs of panties.  The store employees wouldn't let her though.  Spears was told "they don't allow people to try on underwear," a source at the scene says. "She was really upset."

Adds the source: "She looked out of it. There was nothing going on behind her eyes."

Since they wouldn't let little Brit-Brit take all those panties into the dressing room, the Us sources say Spears dropped trough in front of 15 customers and threatened to try on the undies right there in the middle of the store.

An eyewitness tells Us, "The employees kept saying 'Don't change out here!' She's just like, 'Well, I couldn't take them in the fitting room!' It was like dealing with a child."

Spears' tantrum only continued. "The staff told her she had to pay, and she rolled her eyes, but paid with a credit card," the source tells Us. As payback, "on her way out, she went up to a mannequin, snatched the wig off the head, and stole it!"

These guys are really marketing morons.  They should have let Britney try on all those panties, then pumped up the price and made a ton of money!

They were even given a second chance when she threatened to try them on in the middle of the store.  Imagine how much those panties would have sold for?!

I bet they are kicking themselves in the ass now.  Keep up the good work Britney.

Ethics is truly a rarity these days (sad as that rarity is), so KUDOS TO THAT STORE!!

TrackBack URL for this entry:
http://gaysocialites.blog/cgi-sys/cgiwrap/cwinters/managed-mt/mt-tb.cgi/3044