Britney Spears not allowed to drive with kids anymore! 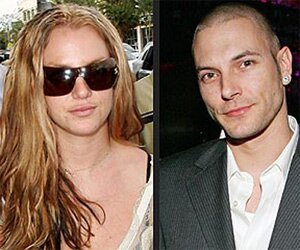 Britney Spears is not allowed to drive with her kids in the car anymore!

gaysocialites.blog has learned that the judge parked Britney's new car in her custody hearing with  ex-hubby Kevin Federline on Friday.

The case is evidently sealed, but we're told that K-Fed's high dollar attorney Mark Vincent Kaplan slammed Britney and convinced a judge that she shouldn't drive with the kids in the car.

Spears was caught on video and in photos blowing through a red light with her kids in the back seat.

I guess that means her court ordered monitor will have to drive from now on.  It's not like Spears can't afford a paid driver, ya know!

TrackBack URL for this entry:
http://gaysocialites.blog/cgi-sys/cgiwrap/cwinters/managed-mt/mt-tb.cgi/2914