« Is Rosie O'Donnell coming back to television? | Main | Is Michael Jackson about to lose Neverland Ranch? » 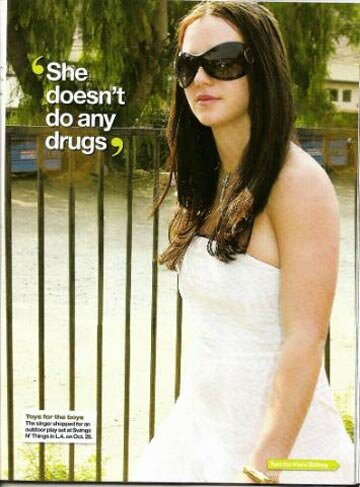 Britney Spears' friend Sam is telling all to OK! Magazine, but in essence Sam did nothing more than cover for Britney.

Britney's executive assistant/ manager / drug dealer Sam makes it sound like Britney is not on drugs but is going crazy.

"Basically, she gets called day AND night for drug tests, she HAS passed them all. She is very stressed, but happy. Loves her kids and Kevin does not want full custody. They got on fine at the counseling session, Britney wants a peaceful environment for her sons and no drama between herself and Kevin.

Everything with her mum is fine now. Back to normal as it were. Planning 2nd video, and its in pre-production.

AND, those pills that were in her car that day, were prescribed by a court appointed doctor, for her to try if he felt she needed too."

Do we even believe Sam anyway?

TrackBack URL for this entry:
http://gaysocialites.blog/cgi-sys/cgiwrap/cwinters/managed-mt/mt-tb.cgi/2773