« Did Lindsay Lohan fall off the wagon? | Main | Anna Nicole Smith would have turned 40 on Wednesday »

Did Posh get her boob implants removed? 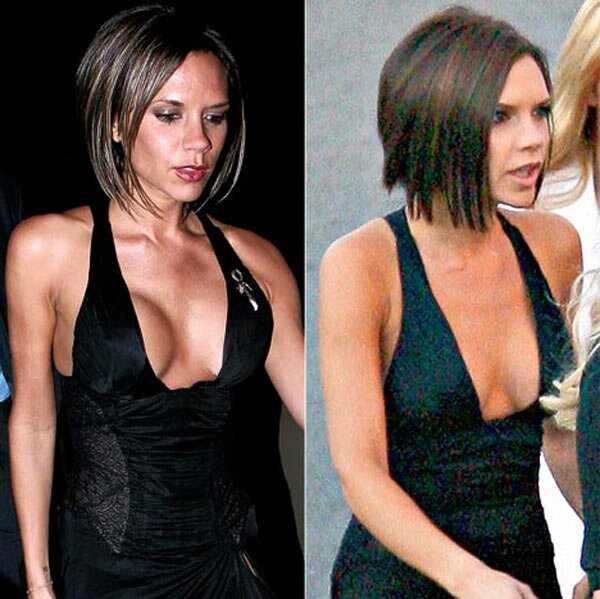 Victoria and David Beckham's move across the pond from the U.K. to the U.S. has been maaaja, but it looks like Posh might be flattening things out.

The Daily Mail has dug up these two photos of Victoria in which it appears that Posh has had her breast implants removed.

The photo on the right shows Victoria leaving a television studio in Los Angeles this week.

The picture on the left shows Posh wearing a similar dress about a year ago in New York.

If that's the case, Posh owns one hellva push up bra!

TrackBack URL for this entry:
http://gaysocialites.blog/cgi-sys/cgiwrap/cwinters/managed-mt/mt-tb.cgi/3042