Is Britney really going to Billy Ray's for Thanksgiving? 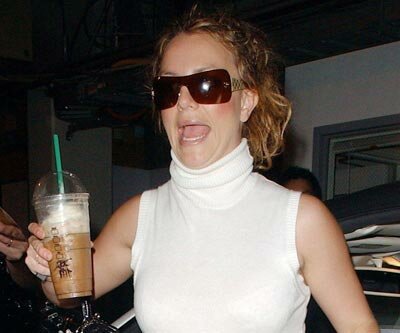 Last week InTouch reported that the Cyrus family had extended an invitation for Britney to join them for Thanksgiving dinner.

While out and about over the weekend, Spears told reporters that she planned to take Billy Ray and Miley up on their offer.

I seriously think she is joking, but it would be funny to see Britney roll up with her kids and court ordered monitor at the Cyrus home on Thanksgiving day.  Britney of course wouldn't be driving though.  The court doesn't allow that!

TrackBack URL for this entry:
http://gaysocialites.blog/cgi-sys/cgiwrap/cwinters/managed-mt/mt-tb.cgi/2941