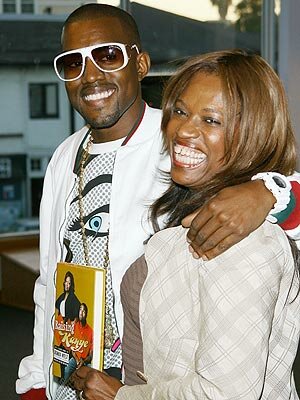 Evidently Kanye was in London when Donda passed away in Los Angeles.  He changed his plans Sunday to return home.

Kanye rapper has always publicly celeberated his close relationship with Donda and  dedicated a song to her on  his sophomore album, Late Registartion.

His mother served as Kanye's manager and was a former chairman of the English department at Chicago State University.

Earlier this year, she released a book titled Raising Kanye which detailed his childhood and her experiences as her son's manager.