« More signs that Lindsay Lohan and Riley Giles may be over! | Main | Republicans want Obama to beat Clinton in Iowa » 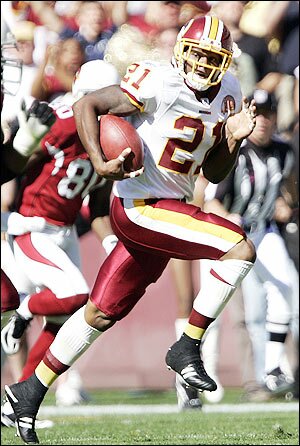 NFL star Sean Taylor died on Tuesday after being shot in what police have confirmed was an attempted burglary at his home outside Miami.

24-year-old Taylor was shot in the groin which severed his femoral artery,

"It is with deep regret that a young man had to come to his end so soon," Taylor's father Pedro said in a statement issued in the family's name.

"Many of his fans loved him because of the way he played football. Many of his opponents feared him the way he approached the game. Others misunderstood him, many appreciated him and his family loved him," added the statement.

Friends and family seemed optimistic on Monday night despite the heavy blood loss, by Taylor just wasn't able to pull through.

TrackBack URL for this entry:
http://gaysocialites.blog/cgi-sys/cgiwrap/cwinters/managed-mt/mt-tb.cgi/3027