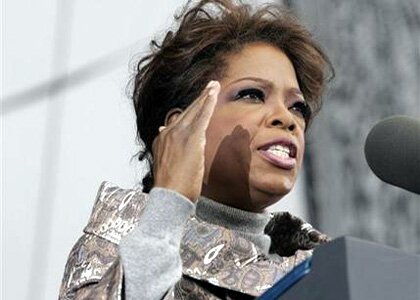 Oprah Winfrey is denying reports that say she introduced Donda West to Dr. Jan Adams, the doctor who operated on her just before she died.

Access Hollywood reported on Tuesday that Adams was one of two doctors Winfrey recommended to West.

Oprah's people say she hasn't spoken to Donda West since 2005 when she and Kanye were on Winfrey's show.

As we told you earlier, Dr. Adams is no stranger to malpractice suits.  His reputation isn't exactly Oprah-worthy.

It seems that the press is on an ongoing compaign to try to discredit and bring down Oprah Winfrey. How far fetched it is to connect the death of Kanye West’s mother to Oprah?! Even if she is recommended the plastic surgeon (which she has said is untrue), should she be blamed for that too?! The plastic surgeon has been featured on several other TV venues (he even had a show on Discovery Health), yet no one is trying to blame the hosts of those shows for the death of Kanye West's mother.

Come on, people! You in the press aren’t satisfied enough with the recent accusation against her school and books featured on her show. You are committed to linking everything that has gone wrong or could possibly gone awry to Oprah. She is influential, but not the reason nor responsible for everyone else’s misgivings.

That’s the price of success in this world — envious people trying always to bring you down, even when you try to do some good with your success. And when you are a woman and black person who has accomplished unprecedented success and influence by all standards, you sadly become the target for hateful vultures in the media and our society.

I agree a 100% with the comment the last person just made. Even abroad it looks like the American press loves taking a shot at Oprah Winfrey!

TrackBack URL for this entry:
http://gaysocialites.blog/magazine-mt/mt-tb.fcgi/2879