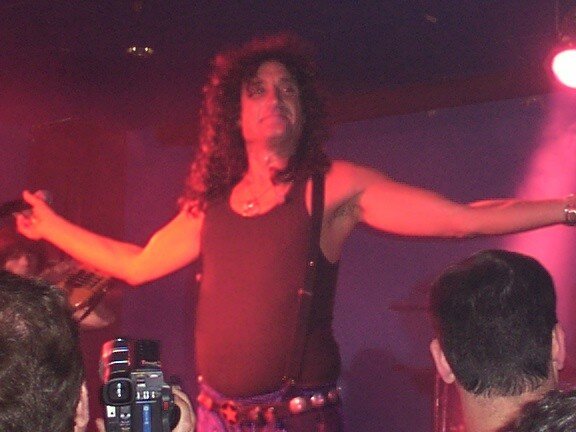 The band's drummer Frankie Banali confirmed the news on his website.

"I can't even find words to say," Banali wrote. "Please respect my privacy as I mourn the passing and honor the memory of my dearest friend Kevin DuBrow."

"DuBrow's body was found by friends on Sunday, November 25, in his Las Vegas home," reads the label's site. "As I mourn his death with a heavy heart, I will remember hearing his voice and the music for the very first time on the radio back in 1983. I will remember all the great music Kevin and Quiet Riot gave to so many of us over the years and I will say, 'Thank you, Kevin. May you rest in peace.' "

DuBrow celebrated his birthday in New Orleans in October and was said to be in good health.

His cause of death is unknown at this time.

TrackBack URL for this entry:
http://gaysocialites.blog/cgi-sys/cgiwrap/cwinters/managed-mt/mt-tb.cgi/3007