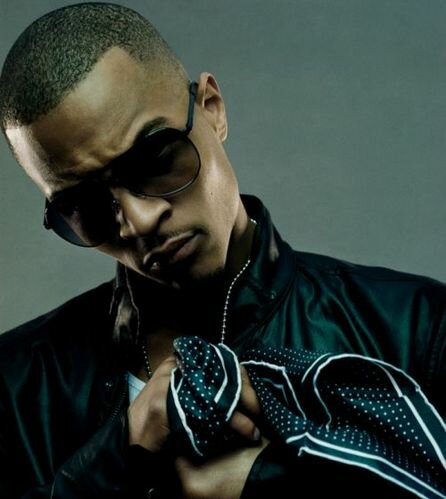 According to papers filed in court on Monday, things aren't looking too good for T.I. (born Clifford Harris) despite the pitiful YouTube flick.

In papers filed by in U.S. District Court in Atlanta, the U.S. Attorney's office said Monday it plans to introduce evidence of three occasions when Harris unlawfully possessed guns, ammunition and a silencer, "all after having been convicted of a felony offense."

The first was Dec. 22, 2001, in Atlanta. Harris allegedly gave the name Douglas Morgan and was carrying a concealed 9 mm pistol. The arrest didn't result in a criminal conviction.

Next, T.I. was evidently arrested Nov. 1, 2002, in Henry County and later convicted of carrying a 10 mm pistol, the document said.

The third arrest was the result of a search warrant executed at his home in Fulton County on Dec. 18, 2004. Officers said they found a firearm with an attached silencer, large amounts of ammunition and photos of Harris holding weapons. The incident didn't result in a criminal conviction.

The 27-year-old rapper was arrested Oct. 13, just blocks away and hours before he was to headline the BET Hip-Hop Awards in Atlanta. T.I., was allegedly trying to buy unregistered machine guns and silencers.

TrackBack URL for this entry:
http://gaysocialites.blog/cgi-sys/cgiwrap/cwinters/managed-mt/mt-tb.cgi/3018