Britney not marrying Sam because Lutfi is gay! 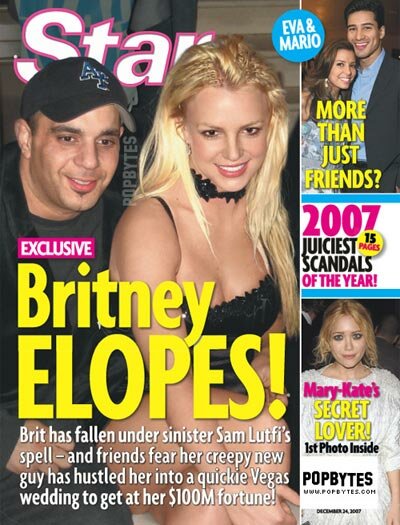 Star magazine is that Sam has convinced Britney to pop off to Vegas to tie the knot.  Hollyscoop quickly brought this to our attention, when I phoned up some high profile gays in L.A. who confirmed the girls' suspicion.

Here's Hollyscoops' version of the story:

Lutfi allegedly came out of the closest to his closest friends during the winter of '97 while at Maloney's Bar on campus by UCLA, and then disappeared.

Evidently Sam was so embarassed to be gay that he laid low for a long time until recently resurfacing as Britney Spears' right hand man and manager.

TrackBack URL for this entry:
http://gaysocialites.blog/cgi-sys/cgiwrap/cwinters/managed-mt/mt-tb.cgi/3180