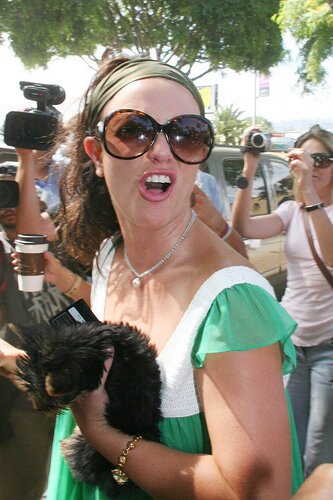 A high profile Bel-Air pet store was shut down this week after the Humane Society claimed the boutique was selling dogs from puppy mills.

Pets of Bel Air has gotten a pretty penny for what they claim to be the finest breeds from such celebrities as Britney Spears, Paris Hilton and Denise Richards.

The pet boutique claims they didn't know the dogs came from puppy mills and called the act "appauling."

LOS ANGELES—A Bel-Air pet boutique that has catered to the likes of Britney Spears and Denise Richards was shut down after the Humane Society accused it of selling dogs from puppy mills.

The city closed Pets of Bel Air for selling pets without a permit for three years but "this is largely symbolic," said Ed Boks, general manager of L.A. Animal Services, which runs the city's shelters.

"They can buy a permit and reopen," he said.

Pets of Bel Air said Wednesday it would never knowingly buy an animal from a puppy mill and was investigating the allegations.

Puppy mills are operations that mass-breed dogs for sale, often keeping them in bare, wire cages. The practice is not illegal but many animal welfare groups consider it cruel.

The Humane Society of the United States reviewed the records of 28 breeders in Arkansas, Iowa, Kansas, Missouri and Oklahoma that supplied the pet store, and its undercover investigators determined five were "large-scale breeding facilities—like factories" that house 100 to 300 dogs.

"Our undercover investigators found staffers (at Pets of Bel Air) were knowingly misrepresenting how the dogs were obtained" by telling customers they all came from private breeders, said Wayne Pacelle, the Humane Society's president and chief executive.

The store posted a letter on its Web site Wednesday, saying management was "horrified" by Humane Society video footage of what appear to be puppy mills.

"We would never knowingly buy a dog from a puppy mill; and we are appalled by the possibility that this may have happened," the letter said. "We are investigating all of our sources so that we continue to have the finest and most reputable dogs from the best breeders."

Store owner Tom Dermick said the failure to pay for a city permit was an oversight that would be rectified.

TrackBack URL for this entry:
http://gaysocialites.blog/cgi-sys/cgiwrap/cwinters/managed-mt/mt-tb.cgi/3183