« David Beckham in his underwear for Armani | Main | Is Queen Latifah coming and getting engaged? »

Heidi and Spencer call off their reality TV-born Wedding 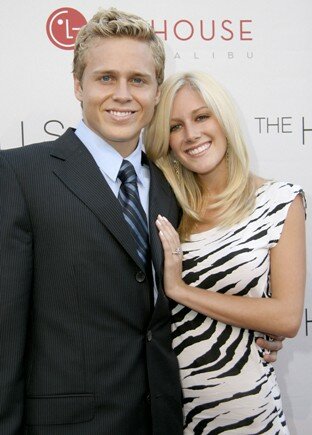 Spencer Pratt and Heidi Montag have evidently called off their Hills wedding.

TMZ is reporting that Pratt and Montag "have come to their collective senses and called off their impending nuptials."

The TMZ cameras have done a great job of revealing that Heidi and Spencer's reality show, the Hills, actually is fake.  Heidi's frienemy Lauren Conrad pretty much confirmed that their reality show is fake.  Lauren's justification... all reality shows are fake... yeh, right!

The leak at MTV says that Heidi and Spencer are still together, but they just aren't getting married... now.

MTV really thinks they have us fooled don't they?!

Do you think this revelation had anything to do with Monday night's Hills finale?

TrackBack URL for this entry:
http://gaysocialites.blog/magazine-mt/mt-tb.fcgi/3160