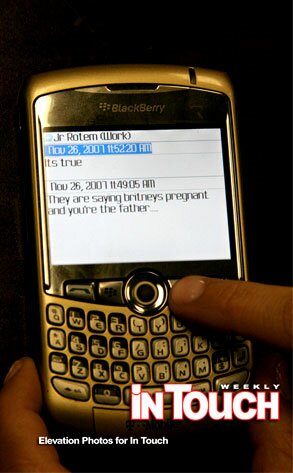 InTouch Weekly has released photos of the text messages exchanged between them and music producer J.R. Rotem.  As we previously reported earlier this week, Rotem claimed to have knocked up Britney Spears in text messages to the gossip rag and radio personality Ryan Seacrest. After receiving the texts, InTouch plastered it across their cover. 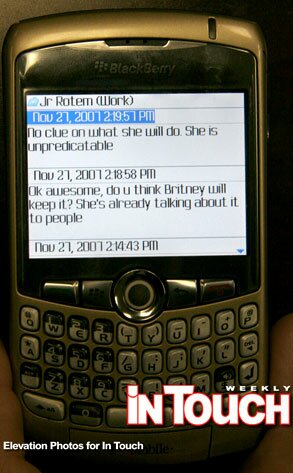 In Touch:  They are saying britney's pregnant and you're the father...
J.R.:  It's true
In Touch:  Ok, awesome, do u think Britney will keep it? She's already talking about it to people
J.R.:  No clue on what she will do. She is unpredicatable.

Spears and her camp deny the rumors.  Now, Rotem is claiming he never sent those texts.

Britney, of course, has two children with Kevin Federline.  Britney recently lost custody of those two children, but she maintains supervised visits.

TrackBack URL for this entry:
http://gaysocialites.blog/cgi-sys/cgiwrap/cwinters/managed-mt/mt-tb.cgi/3079