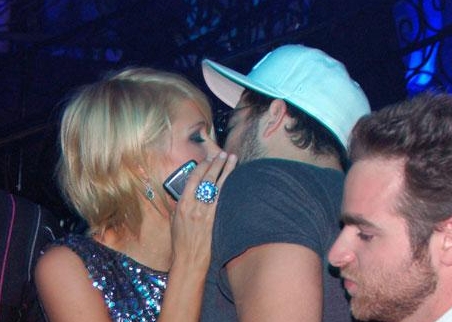 Former hotel heiress, Paris Hilton got an early start on saying goodbye to 2007 this weekend in Las Vegas.

Doing what she does best, Paris stumbled around talking in her best baby voice giving lap dances to everyone.

There was one particular guy who Paris did a little more than offer a lap dance.  Hilton was caught sucking face with  Brody Jenner!  That's right, the same Brody Jenner who is Kim Kardashian's step-brother and Hills walk-on.

I'm sure it was nothing, because it is Vegas and New Year's weekend, but ewwww.

TrackBack URL for this entry:
http://gaysocialites.blog/magazine-mt/mt-tb.fcgi/3278