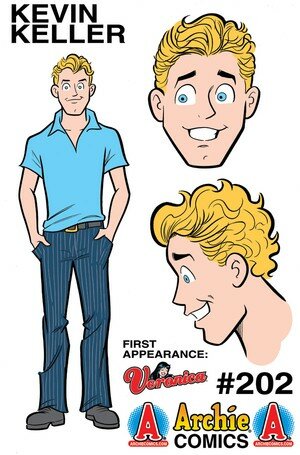 Archie Comics announced on Friday that they will be introducing a gay character named Kevin Keller later this year in Veronica #202.

Kevin, a teenager at Riverdale High School, who Veronica falls for.  She and readers later find out that the reason Keller didn't fall for Veronica was because he's gay.

Although Archie Comics has been known to add new characters to be ahead of the times,

"In the last year or two, we've been introducing a lot of new characters: Diverse characters, characters with different ethnicities. With trying to be diverse, we wanted to have everybody at the table," said cartoonist Dan Parent, who's writing and drawing the issue.

"We knew at some point we wanted to introduce a gay character, and when I came up with the story idea, we felt it worked in context with this story."

Hi quality blog you made some interesting points,im from but im moving to manchester i found this on the bing search engine,keep the good work up i will add you to my favoroties http://www.watcheslux.blog.

TrackBack URL for this entry:
http://gaysocialites.blog/blog-mt/mt-tb.fcgi/1703