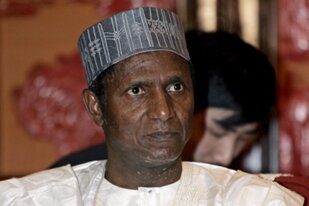 Nigerian president Umaru Yar'Adua has died, an official from his office has confirmed.  Yar'Adua has been struggling with a heart ailment for five months and hasn't been seen in public since February.

"It is true that the president is dead," an official at the office said.

Yar'Adua had yielded power to Acting President Jonathan who has basically already installed his own cabinet and made his own appointments.

Former President Yar'Adua is expected to be buried on Thursday.

TrackBack URL for this entry:
http://gaysocialites.blog/blog-mt/mt-tb.fcgi/1731