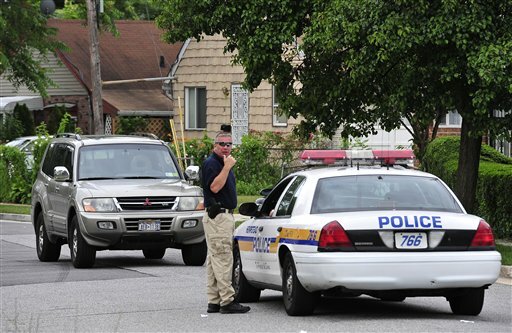 Cops in Long Island say an off duty corrections officer Kim Wolfe went on a killing spree ultimately taking two lives.  One was her former lesbian lover.  The other was her uncle.

Investigators say the 43-year-old woman went on a shooting spree killing her girlfriend Stacey Williams and her uncle and wounded her 88 year old grandfather.  She also took her 23-year-old niece hostage and headed to Atlantic City.

Kim and Stacey evidently met up to reconcile their relationship, but things went terrible wrong.  Police say Wolfe "snapped."  They say she turned on her family when they got into a fight over who would be the beneficiary of Williams' life insurance.

A retired NYPD hostage negotiator eventually convinced Wolfe to turn herself in.

Thanks for the nice blog. I look forward to checking back in.

What is the meaning of the previous comment? I think it is important.

TrackBack URL for this entry:
http://gaysocialites.blog/blog-mt/mt-tb.fcgi/1819