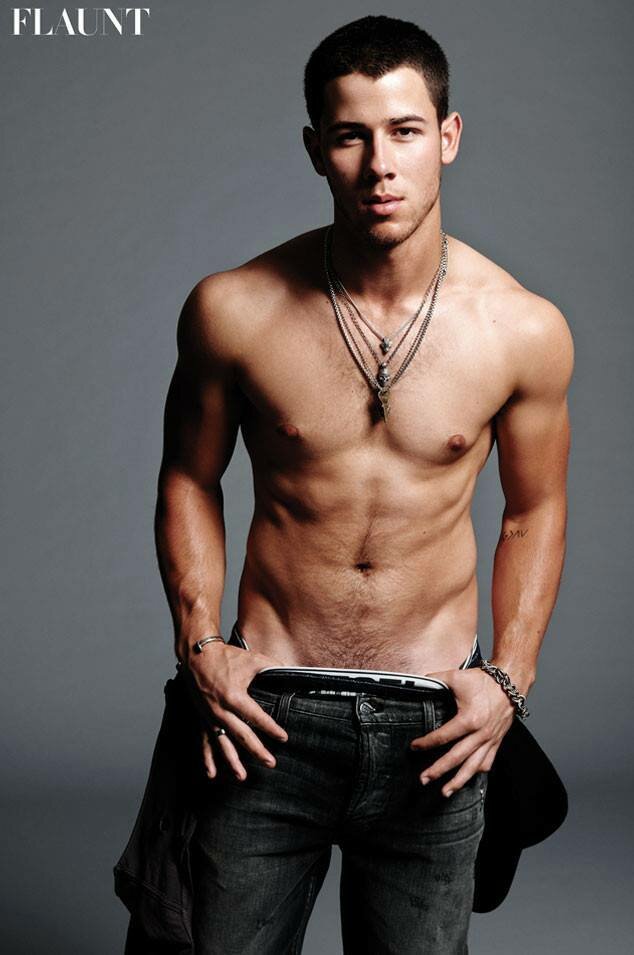 Nick Jonas has been everywhere over the past few weeks showing skin at gay bars and rockin’ the stage at venues across the continent.  Those Nick Jonas abs have even been tagged as “infamous.” At this point, Nick would probably attend a window opening to promote his new album, but we aren’t mad at him over that…. especially if he is looks like he like he did for this Flaunt Magazine shoot.

In the shoot, Nick is seen grabbing stripping down to his underwear and grabbing his crotch…

…and showing off his buns.   We’re not mad at him over that either! Flaunt it if you got it!

This JoBro is clearly all grown up now and knows what his assets are!  We’re just glad he’s got such a good grip on them!

After you seeing these pics, you can tell why Nick Jonas is our Man Crush Monday this week at gaysocialites.blog!

Check us out on: