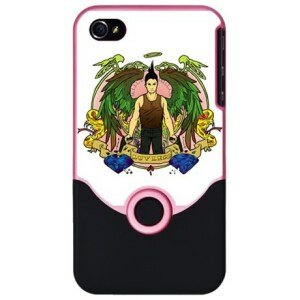 Guest contribution by Joseph A. Federico

Francesca G., owner and founder of LovLes by Francesca – a funky fashion and accessory line – came from humble beginnings, and where she got to today was by her very own doing. Persistence and determination were key.

Francesca originally worked in Real Estate, but she just knew she wanted to do something more creative and lucrative. In 2009, recording artist, Vice Versa, had approached Francesca to write a song. You see, she had always wanted to become a singer, so this was the perfect opportunity for her. She was a bit apprehensive at first, but she went through with Versa’s request.

Shortly after, she was introduced to a producer named Eddie; they started recording a mix tape in Jersey City, called “White Noise.” It was a hip hop album and originally released on Myspace. Francesca was ready to take on more musical responsibility.

In 2010, she wanted to release an original album; Johnny, an underground artist from Ho-Ho-Kus, approached her, and worked with her on the album. It was released on CD Baby. Although it was released rather quickly and hit the charts, Francesca wasn’t completely satisfied and wanted even more for herself.

After venturing off on her own, she tirelessly promoted both of her albums by attending street promotions; they surely increased in popularity with her efforts. During that time, Francesca met and worked with the daughter of the man who worked with Etta James, Mercedes King; she still works with her to this day on occasion.

Francesca also performed with Bubbleistic in Brooklyn; they were two female Asian promoters who backed emerging artists. When she was performing and really coming into her own, Francesca would get standing ovations, she said. She recalls those times fondly.

In 2011, the fashion line was just an emerging thought in the back of Francesca’s mind, but she knew she’d eventually like it to mesh well with her musical background. And that’s how LovLes came to be. The LovLes theme originally was to exude the “money isn’t everything” mindset. Her first custom logo was created by a tattoo artist in the village in Manhattan. Her second logo was originally a tattoo done by Eric Nagen, who worked with Marvel Comics.

Eric sketched the LovLes tattoo, the entire thing, in about 30 minutes. He is an incredibly skilled artist, and also storyboards for various companies. It was no surprise that a man with that skill level completed such a work of art.

Within her newfound profession, Francesca makes sure that every piece of clothing is labeled with care, such as Heartless Perfection, and Out Cold. The specific labeling was also implemented for maximum copyright protection.

The LovLes fashions have been featured on Live, Laugh, Love, an upscale online boutique. Over 100 shoppers were instantly attracted to the label within minutes of its release. To this day, the fashion line is being sold on various websites and in popular boutiques.

Francesca is currently working on children’s animation projects (Mr. Eyeballs, a colorful character, can be seen here: https://www.youtube.blog/watch?v=HpsJr0omOec – check out all 7 exciting episodes!) as well as a memoir and screenplay. However, LovLes will always be number one in her book. She plans on expanding her ever-growing horizons internationally in the near future, too. She would like to donate proceeds to various charities down the line; she is quoted saying, “It must go to the greater good.”