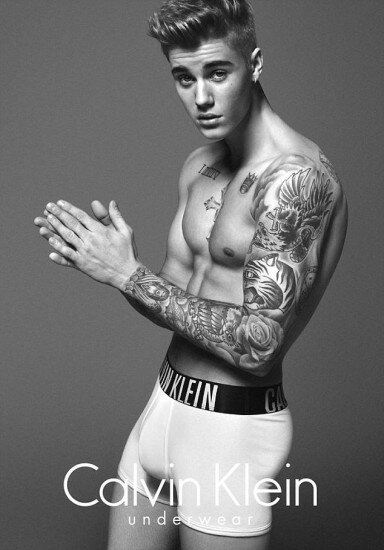 It’s official.  Justin Bieber is the new face and body of Calvin Klein. This picture (and more below) have confirmed the rumors that Bieber has signed a deal with Calvin Klein for the new #mycalvins campaign.

A sneak peak of the new commercial featuring Bieber with Dutch model Lara Stone was released on the official Calvin Klien twitter feed, and you can watch the video here:

Rumors started to swirl when Justin Bieber stripped down to his Calvin Kleins at Fashion Rocks last year, and these pictures seal the deal. 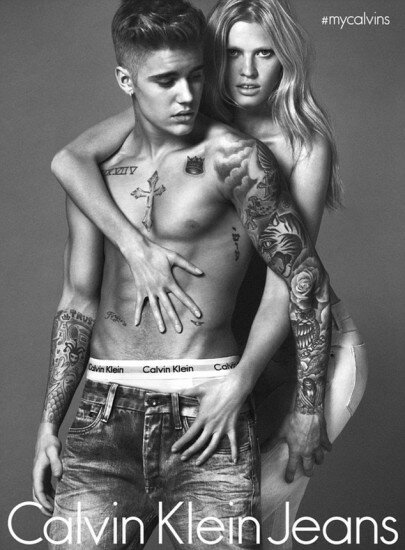 Calvin Klein followed up their video sneak peak with a few gifs of the upcoming Justin Bieber ad on Twitter. Take a look:

It only seems right that Bieber move from music to modeling underwear since his signature look is baggy pants that show off his undies. Calvin Klein should get lots of good exposure!

Justin Bieber joins the ranks of such celebrities as Mark Wahlberg, Brooke Shields, Kate Moss and Kellan Lutz who have all gotten nearly naked to show off their Calvins.