Rosie Perez not leaving The View 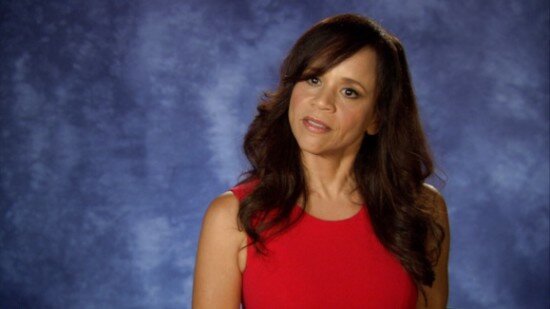 Despite internet rumors that started up again this week, Rosie Perez is not leaving The View.  That’s according to reps for ABC and her co-host Rosie O’Donnell.

Variety and other media outlets reported on Wednesday that Rosie Perez would not be returning to The View.  Perez is currently on a break from The View while she rehearses for the starring role in Larry David’s new Broadway show, Fish in the Dark.

However, by Thursday, those rumors had been squashed.

A spokesperson for ABC News gave a vague statement to Mediaite.blog saying Rosie Perez’s “status with the show has not changed.”

Then on Thursday morning’s episode of The View, her fellow co-host Rosie O’Donnell (who is acting as moderator while Whoopi Goldberg is out with a back injury) gave a more bold statement clearing things up.

“No matter what you read anywhere, Rosie Perez is also coming back after she is done rehearsing her play,” Rosie O’Donnell said while introducing the fill-in co-hosts. “And then she will be back here at her job, regardless of what you hear in other shows or read in magazines as I did last night at 11:40 and went, ‘What the fuck?!’”

Although the last part of Rosie O’s statement was, of course, bleeped out; it was obvious what she said.

The View airs daily at 11 am EST on ABC.