WHO WORE IT BEST? 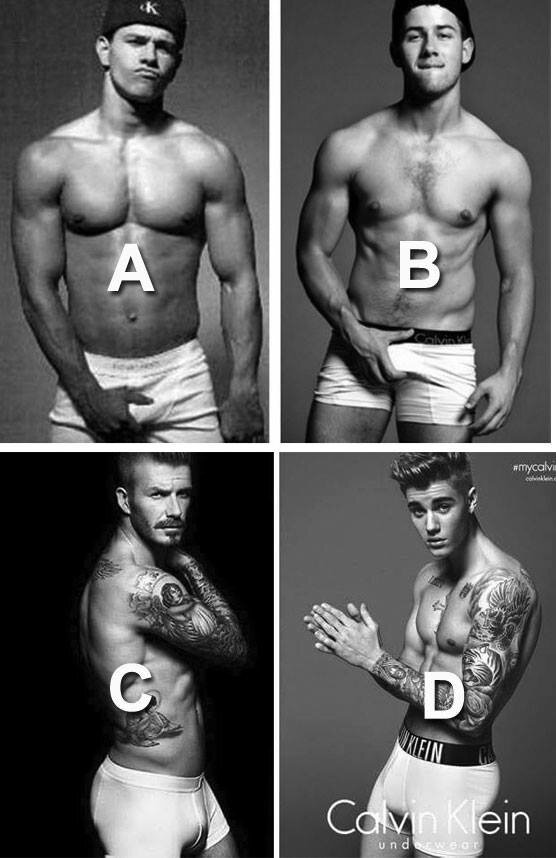 This photo of Mark Wahlberg, Nick Jonas, David Beckham and Justin Bieber (each wearing Calvin Klein underwear) is circulating on social media posing the question: Who wore their Calvin Kleins the best?

You have to admit, all of these guys look great in their underwear, but the question remains: who wore their Calvin Klein underwear the best?  Is it Mark Wahlberg with his pouty lips, Nick Jonas with his sexy lower lip bite, David Beckham or Justin Bieber each showing off their tattoos and much more.  You be the judge.