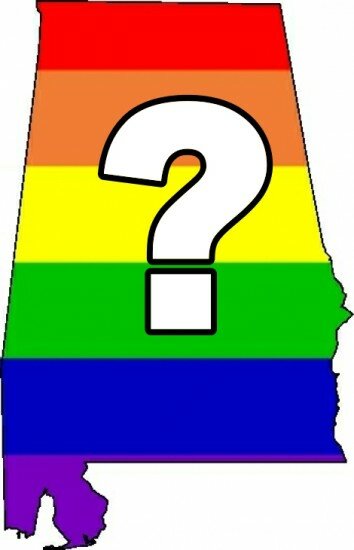 Despite the fact that federal judge has ruled that Alabama’s gay marriage ban is unconstitutional, most probating judges aren’t issuing marriages licenses to same-sex couples.  That’s because the state’s chief justice says they don’t have to do so.

Chief Justice Roy Moore told probate judges to ignore a federal order by U.S. Judge Callie Granade to begin issuing marriage licenses to gay couples on Monday, and most of them are following his orders.  That’s because Alabama is behind the rest of the country in the support of gay marriage.

According to theatlantic.blog, Alabama and Mississippi are the last two states in the nation to support marriage equality.

Although majorities of Americans now favor same-sex marriage, just 32 percent of Alabamians and Mississippians do, according to numbers from the Public Religion Research Institute.

The conflict between Judge Grande’s ruling and Chief Justice Roy Moore’s orders have left Alabama in a state of disarray when it comes to gay marriage.

The Supreme Court of the United States is expected to issued a ruling on gay marriage by the end of June.  This could, once and for all, allow gay couples nation wide to tie the knot.