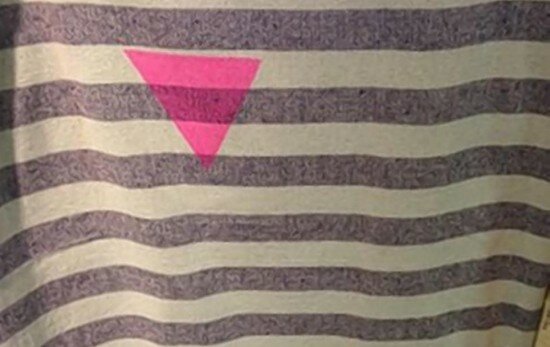 Urban Outfitters is offending both the LGBT and Jewish communities with a tapestry (pictured above) that brings back eerie memories of Nazi concentration camps.

The item which is currently for sale at Urban Outfitters matches the gray and white striped uniform with pink triangles that gay men were forced to wear while being held in Nazi concentration camps (like the one pictured below). 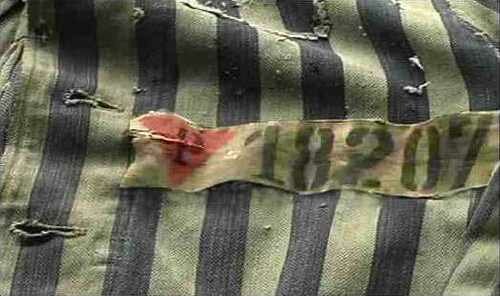 The Anti-Defamation League (ADL) wrote a letter to Urban Outfitters CEO Richard Hayne saying that the item should be removed from their inventory.

“Whether intentional or not, this gray and white stripped pattern and pink triangle combination is deeply offensive and should not be mainstreamed into popular culture,” said ADL National Director Abraham H. Foxman in the letter.

Urban Outfitters customers are also reacting agreeing that the tapestry is too offensive to be a part of their line.

“I’d like to know, is Urban Outfitters against the LGBT community? Are they against the Jewish community? They are spreading hate, it’s that simple. Hate isn’t tolerated anymore, so that’s the message we have to convey here on out,” said openly gay historian and columnist Joseph Federico.

“Urban Outfitters should be ashamed of themselves for even considering putting something so offensive in their stores.”

“This isn’t the first time that Urban Outfitters has crossed the line,” referencing a previous item that featured the yellow Star of David the company carried.

The yellow Star of David was a symbol Jews were forced to wear in Nazi Europe.

Urban Outfitters has yet to respond to the aforementioned criticism.