Ian Reisner is at it again, John Blair reacts 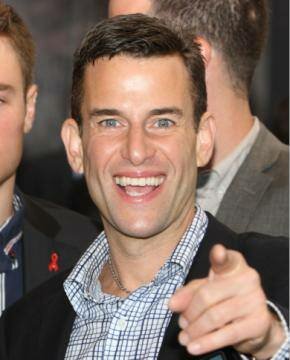 Ian Resiner, who is still trying to clear up his controversial dinner with anti-gay Republican Presidential candidate Ted Cruz, has done it again.  This time he is quoted in the New York Magazine calling the gay community “cheap” and “entitled.”  This time his former business partner and long-time New York nightlife figure John Blair decided to sound off on Facebook about Reisner’s comments.

In the New York Magazine article, Reisner is quoted as saying:

“You know, it’s so ironic — I wanted to build kind of a community center in the gateway to Hell’s Kitchen, which in 2008–2009 was already a gay place and now it’s even gayer. Very close to Broadway. We decided there’d be so many different ways to give back to the community. We show gay artists there. For gay performers, we have let this cabaret club go on for three and a half years. And you don’t make money when you let drag queens in on Tuesday night and 30 people drink at $10 a drink and you have to pay five people to watch over the place. You don’t make money … My only point is, this has not been a profitable venture. Gays are cheap. They’re frugal; gays are frugal. Let me retract that … gays are entitled … Do you know how challenging it is to make a penny off a gay person? I’m gay, I don’t pay cover. I’m gay, where’s my comp drink? [Everyone laughs.] No, I’m being serious! The Out NYC has not shown a profit yet …”

Blair, who was a part of the initial group who started the XL Nightclub inside the OUT Hotel, sounded off on Facebook.  He wrote:

“I have not talked (on line) about the OUT NYC boycott. BUT I just saw the New York Magazine article on this whole Ted Cruz, Ian Reisner and Matt W thing…. Now I have to speak out to Ian on what he said (see below) in that article about gays “Gays are cheap” comment..

Gays, like and any group, will spend their money when you give them something that they want or need. Do not blame the community for any of your failures to make money. xl made over $8M dollars the year Beto and I ran it. Then you all thought you could do it by yourself and we got the ax.
You lost your shirt the next two years trying to do it yourself.

So, you have no one to blame but yourselves. Gays are not Cheap… as a matter of fact we spend more of our money on going to bars, night clubs, hotels and resturants than do most other people.

Just tell the truth. You have lost money on The OUT NYC because of the way you and Mati managed or should I say miss-managed THE OUT NYC … don’t blame us for your mistakes.”

Reisner, who is openly gay and has supported the gay community on past political endeavors such as the real of Don’t Ask, Don’t Tell and the New York marriage equality initiative, joined his partner Mati Weiderpass last week by apologizing for hosting Cruz in their home.  Now it seems Ian is just digging himself into a bigger hole as the call to boycott his establishments, such as the OUT Hotel and his Fire Island Pines holding, grows.

One comment on “Ian Reisner is at it again, John Blair reacts”