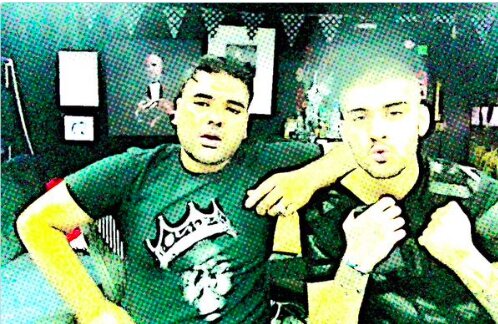 One Direction’s Louis Tomlinson and former band member Zayn Malik got into an apparent squabble on Twitter.

It all started when the producer Naughty boy posted a picture with Malik and the caption “replace this” which may or may not refer to Malik’s abrupt departure from One Direction.

Here’s how the rest played out…

Tomilson replied with the follow crack at the two:

“Remember when you were 12 and you used to think those Mac filters for your pictures were cool haha ! Some people still do HA!”

Here’s the back and forth from there:

Tomlinson: “@NaughtyBoyMusic Jesus forgot you were such an in demand producer …. How does it feel to be riding on the back of someone else’s career ?

Malik: “@Louis_Tomlinson remember when you had a life and stopped making bitchy comments about mine ?”

Naughty Boy: “Yeah how does it feel mate? You’ve been doing that for the last five years… I’ve got Emeli Sande and Sam smith on my CV.”

So, does this mean there is bad blood or is this all just joking between two former band mates?  The guys are said to have been extremely close when they were both in One Direction.  They even have matching tattoos.  Malik, of course, walked away from One Direction earlier this year.