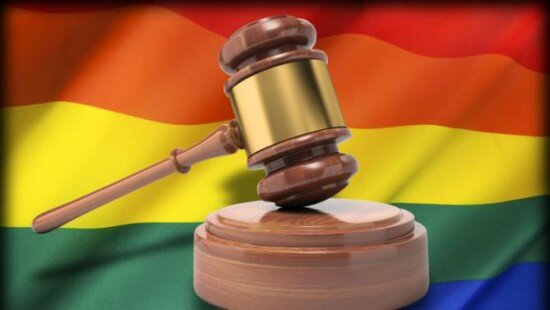 A Nebraska woman filed a lawsuit earlier this week in which she is suing all gay people.  Sixty-six year old Sylvia Ann Driskell Auburn, Nebraska is the plaintiff in the case Driskell v. Homosexuals in which she asks that U.S. District Judge John M. Gerrard to decide if homosexuality is or isn’t a sin.

Driskell filed a seven-page, neatly handwritten petition (PDF) filled with misspelling and grammatical mistakes.  Her case doesn’t cite any case law.  Instead Driskell quotes the Bible and Webster’s dictionary as her sources.

Her case revolves around this theory:

“That homosexuality is a sin and that they the homosexuals know it is a sin to live a life of homosexuality. Why else would they have been hiding in the closet.”

She goes on to say:

“I’m sixty six years old, an [sp] I never thought that I would see the day in which our Great Nation or Our Great State of Nebraska would become so compliant to the complicity of some peoples [sp] lewd behavior.”

Drizzle challenges Judge Gerrard to not “judge God to be a lier (sp),” and refers to gay people as “liers (sp), deceivers and thieves.”

The court has not issued a summons for Driskell’s complaint.