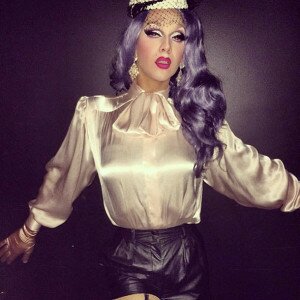 The final three contestants, Ginger Minj, Violet Chachki and Pearl, were joined by the rest of the RuPaul’s Drag Race Season 7 cast to look back at the season before the winner was announced.

After a night of reminiscing, RuPaul announced the seventh winner of her LOGO-TV hit.  It was Violet Chachki that took the home grand prize.  RuPaul’s Drag Race Season 6 winner Bianca del Rio was on hand to pass over the reins.

A special event was held in New York City for the Grade Finale event.  You can see more coverage from gaysocialites.blog on the RuPaul’s Drag Race Season 7 Finale here.