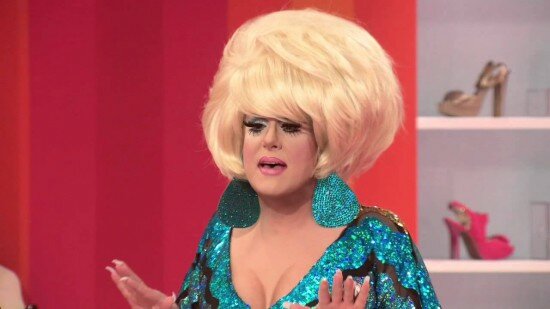 Lady Bunny, one of the stars of the Logo show RuPaul’s Drag U, now admits she never even watched the now canceled show.

“I never watched Drag U,” Lady Bunny admits in a recent interview.

Lady Bunny served as the Dean of Drag on 16 episodes of the show which only aired for 26 shows before Logo pulled the plug in 2009.

“Listen, I have to be it; I don’t need to see it,” Bunny explained. “I like a paycheck though!”

A recent article revealed that Lady Bunny is one of the top 10 richest drag queens in the world worth two million bucks.