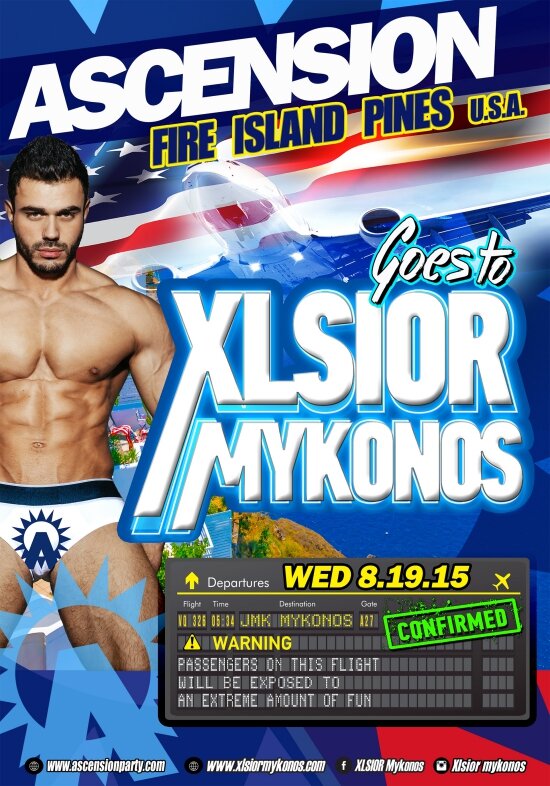 According a release published on Facebook, the Ascension party is going to move from Fire Island to Greece.

On Wednesday evening, August 19, 2015, Ascension is going to RISE on the beach at Cavo Paradiso in Mykonos Greece!

Thanks to the invitation and enthusiastic support of its producers, Ascension is going to be this year’s opening night event of XLsior Mykonos, the award-winning weekend long celebration that attracts tens of thousands of people from around (sic) all over the world to that other magical island in the Aegean Sea.

Ascension’s producer Eric Von Kuersteiner made the reason for his move known in Facebook post to a closed group saying:

“I thought that the Boycott would have convinced Ian (Reisner) to do the right thing and sell (he’s had offers since I withdrew mine) unfortunately however he has not.  As I would not personally patronize any of his properties, I cannot in good conscience support his businesses with any additional revenue that Ascension brings to the Pines every year.”

The Fire Island Pines has played home to Ascension for the past nine years.