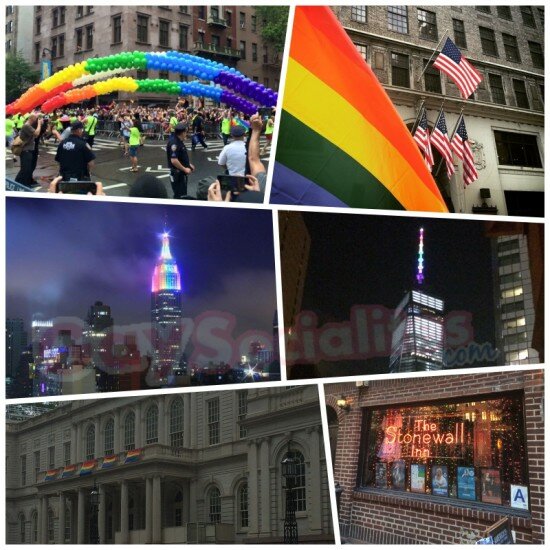 New York City celebrated gay pride on Sunday, and here are some pictures and a recap from the home of where the LGBT movement began.

The city lit up in rainbows everywhere from the top of the Empire State Building to the World Trade Center and everywhere in between.

On Sunday, the Pride March drew hundreds of thousands of participants and spectators to Manhattan’s Fifth Avenue and through the West Village.  In support of the historic decision by the Supreme Court of the United States on Friday to legalize same-sex marriage in all 50 states, New York Governor Andrew Cuomo performed a wedding for a gay couple outside Stonewall Inn.

The official NYC Pride celebration was capped off with a performance by Ariana Grande and fireworks in Lower Manhattan.