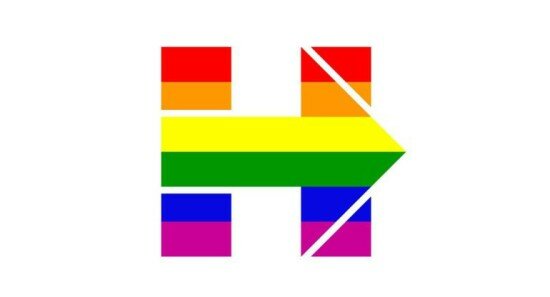 On Friday, the Humans of New York blog posted the photo below of a gay teen who said he was “afraid” of what the future holds and worries that people won’t like him for who he is. As of Sunday, the post had nearly 600,000 likes, over 55,000 shares and about the same amount of comments. Including one from Hillary Clinton who offered the young man some words of encouragement.

The Humans of New York Facebook page posted this photo and these sad remarks from the gay teen. Read below to find out what Democratic frontrunner Hillary Clinton told him.

"I'm homosexual and I'm afraid about what my future will be and that people won't like me."

To which Hillary replied:

“Prediction from a grown-up: Your future is going to be amazing. You will surprise yourself with what you’re capable of and the incredible things you go on to do. Find the people who love and believe in you — there will be lots of them.”

Clinton even signed it an -H which means she wrote it personally, and it did not come from one of her campaign staff members.

Cody White is a news and entertainment reporter at gaysocialites.blog. He also currently serves as the Executive Assistant to the Chief Executive Officer/ Editorial Director for our parent company, GaySocialites Media.