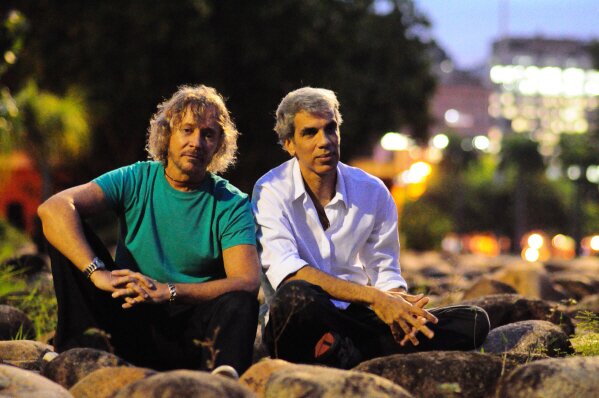 I like bossa nova singer / songwriter and all around luminary Marcos Valle because he combines a strong sense of syncopation and groove with a rich and vibrant harmonic palette – these things will get my attention anytime. Add to that a sunny disposition and sensibility best expressed by his signature song “Summer Samba (So Nice)” (made famous by Astrud Gilberto), and I’m in musical love.

In his current club act at Birdland, Valle is backed by a trio of musicians whose precision and energy border on the supernatural. When they lock into the groove that Valle is playing on the keyboard – which is most of the time – the room positively levitates with musical excitement in its most direct form. The effect is so dynamic, in fact, that I found myself wishing that Birdland had a dance floor. Even more than your typical samba, this is music that moves.

About half of the concert is duets with a Brazilian singer / songwriter from the generation following Valle’s, Celso Fonseca. In contrast to Valle’s infectious brio, Fonseca emanates a wry laid-back quality that is described by his signature tune “Slow Motion Bossa Nova.” The two compliment each other surprisingly well, Valle energizing Fonseca, Fonseca contributing witty color to Valle’s drive. They made an album together in 2009, Página Central, and the instrumental selections from that album are the evening’s most fiery moments, taking as much from the funkier end of disco as from Brazilian music. Hot stuff, indeed!

Valle is also joined by his vocalist wife Patricia Alvi on a handful of numbers, and she brings a quality similar to the women of Sergio Mendes’s Brasil ’66, which works especially well on Valle’s 1967 bossa nova classic “Crickets.” Overall, one of the most stimulating cabaret shows I’ve seen in some time.