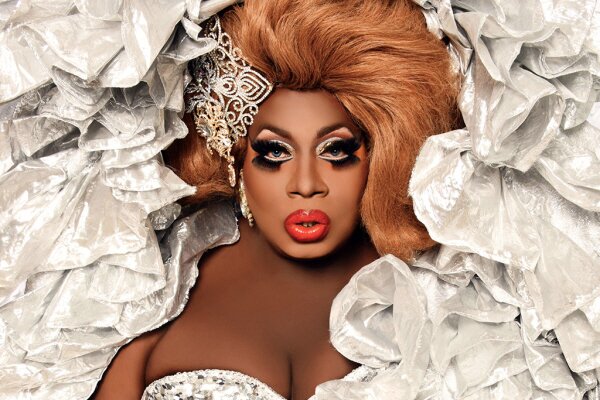 I knew from her last cabaret act that Latrice Royale can sing, y’all! And she’s actually pretty damn good at it! There’s no attempt at giving you “girl singer,” but she clearly models her approach to song interpretation on the likes of Aretha Franklin. She may not have Aretha’s pristine vocal instrument, but she certainly understands her lessons in musicality and expression. And her take on jazz composer Diane Schuur’s bluesy meditation “Life Goes On” (also the name of the show) makes a very good case for this solid but obscure song.

Like her previous act (titled Here’s to Life) Life Goes On is solidly in the mold of traditional autobiographical cabarets. However, since the earlier act told the story of most of Latrice’s life, and this is more of an update, the balance is slightly off. Both acts are more talk than song, but with less life material, some of the patter gets repetitive. Latrice has such presence that it never becomes unwatchable, but this particular show could use more songs for sure. Because when she sings something like “Nobody Does It Like Me” or the suggestive “Hot Nuts” it is pure drag gold.

Latrice Royale is backed by a very able jazz trio led by her fiance Christopher Hamblin on the piano. Life Goes On feels more polished than the cabaret acts I’ve seen from other Drag Race alumni, full of humor, soulfulness and candor. Latrice is the real thing, and I want to hear much more from her as a singer. Highly recommended.