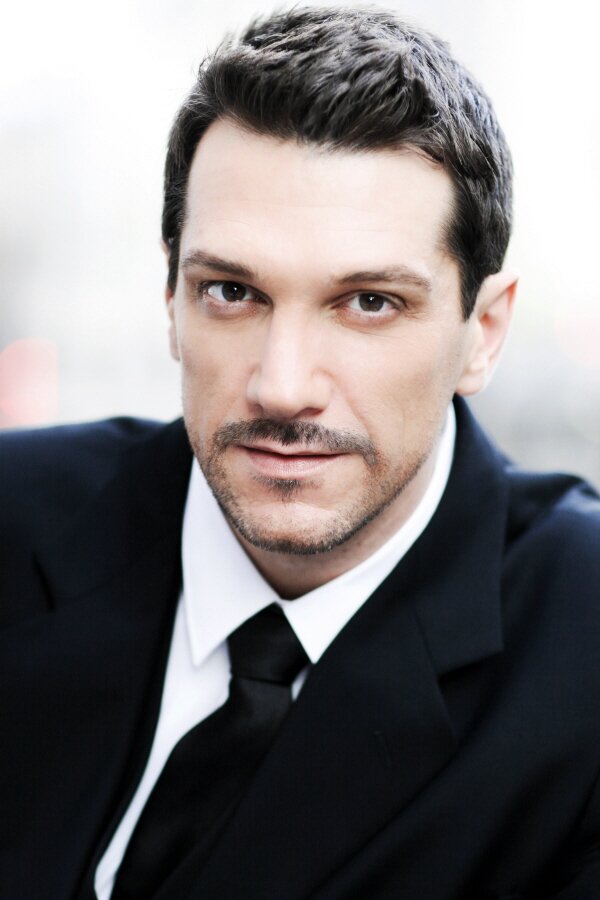 Mr. Showbiz, that’s Paulo Szot! And I mean this as the highest compliment. Many years ago, I saw the operatic baritone’s first New York cabaret show, and it was introspective to the point of being opaque. I mean he never sings less than gorgeously, but in that long ago show he wasn’t what you’d call expressive or lucid. The difference between that and his current show at Feinstein’s / 54 Below could not be more huge. The man who has always been a master musician is now also a master showman, which makes for a massively entertaining show.

The openly gay Szot’s voice is a seductive, luscious instrument, a large part of the reason he won a Tony his first time in a Broadway musical (South Pacific) – by the way, it seems like a serious oversight that he hasn’t been back on Broadway since. He has incredibly solid musical taste, and real wit about the way he uses it. He talks about his fellow Brazilian Antonio Carlos Jobim’s collaborations with Frank Sinatra, and then weaves the single showtune Sinatra and Jobim did together, “Baubles, Bangles and Beads,” into a South Pacific medley.

Speaking of Jobim, much of the evening’s collection of showtunes is performed to bossa nova arrangements, alluding to Szot’s Brazilian background without overdoing it. The absolute high points of this Broadway-centric evening were a reading of Sondheim’s “Being Alive” that is perhaps the most rawly emotion interpretation I’ve ever heard, and the song from South Pacific that has rightly become a signature for Szot, “This Nearly Was Mine.”

Szot is now definitively the total package! So when are we going to get another Broadway appearance, or even some studio albums? Highly recommended.