Did you ever think, "What would happen if Weird Al Yankovich was gay?" Ok, I never did either, but I think I have an answer if you have.


Last night at Barracuda, one of our favorite drag superstars, Sherry Vine, returned from another whirlwind tour of Europe. She brought back stories, laughs and she also premiered her NEW video, a parody of Lady Gaga's 'Bad Romance'.

The video, featuring Epiphany Get Paid (in AND out of drag), Yuhua Hamasaki, DJ David Serrano, Kyle Brincefield, Jazmyne Black and yours truly was absolutely fantastic.

This Wednesday, in a joint effort on my part, gaysocialites.blog and AntiTwink.blog will be the FIRST websites to obtain the entire video. Check back here Wednesday for the exclusive first look, just in case you were tardy for the party last night.

All this week, I'll be shopping for a new cast of club freaks, trannys, go-go boys and beyond. I must say, the run with my 'kids' was fantastical, but they're all grown up now and they have their own spin-off.

Interested in joining my cast of koo-kee nightclub disasters?

A Bottom Who Gives - This Friday at Vlada

Charity is the act of promoting “good” amongst the public. Organizations raise money, offer housing, share advice, and maintain lives with the help of thousands of volunteers and charitable donations.

In a world like New York City’s nightlife, charity is not something that is common. Often, I see so many entertainers, including myself, who are quick to get paid, fly out the door, in a hedonistic panic. Where does that money go? Maybe you’re saving up for your new laptop? Maybe you just need cab fair to get to the Upper West Side? Need to score a bag – sure I have disposable income. In a world of sex, drugs, and performance, there are a few standout individuals who go above and beyond their nightlife ‘character’ to help their community. This Friday, nightlife superstars will join together to support The Trevor Project. If you’re not familiar, The Trevor Project is the leading national organization focused on crisis and suicide prevention efforts among lesbian, gay, bisexual, transgender and questioning (LGBTQ) youth.

Continue reading "A Bottom Who Gives - This Friday at Vlada" »

The F Word Returns in December

Bartenders, DJ's, promoters, and entertainers waited nervously with resumes and headshots in hand in line outside of Rebel nightclub in Chelsea. That was the scene this week as mega-promoters Mark Nelson and Michael Formika Jones began casting for the return of the wildly popular The F Word party.

Nelson and Formika stood in front of the hopefuls and gave them a pep talk, asking them to think of this party as everyone's party. "This isn't a Chelsea party, this isn't a latino party, this is for everyone. We want you to have as much fun and be as successful as possible, but we're a team," Nelson told the crowd.

From the DJ Booth to the Canvas: David Serrano Releases Celebrity Pop Art 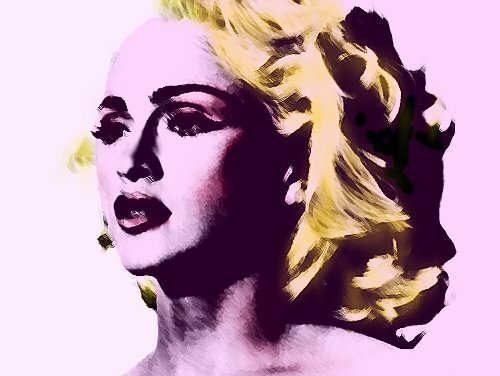 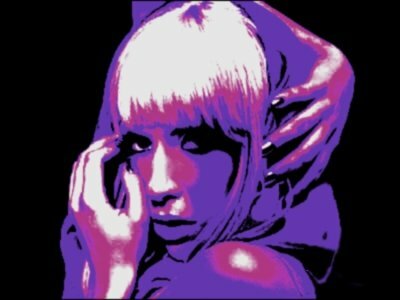 Serrano, who is eager to get his images onto canvas, is planning to release his work soon. David said he planned on transforming several New York nightlife personalities into 'pop art' masterpieces as well.

Does this mean Acid Betty is going to be hanging on my wall as a pop-art icon?  Thanks to David Serrano, you know it.

[Editor's note:  Not only is David Serrano a talented DJ and artist, he's also drop-dead gorgeous.  He was previously featured as the "Afternoon Delight" here at gaysocialites.blog.]

It looks like some of the staff at Dtox got trashed!  According to an insider at the dive bar located in Manhattan's East Village, a new manager has decided to fire their entertainment staff leaving some drag queens and DJs in the unemployment line.

gaysocialites.blog's Jane Leahy spoke exclusively to PhDJ who was a victim to the Dtox firings.

"The new manager [the owners] hired has fired me along with all the queens still standing--without the owner's knowledge, PhDJ said. "But the owner's indifferent to all the changes. He's looking to sell the bar," PhDJ dished.

The owners at Dtox also own Urge, another gay dive bar right next door.