It shocks me that there are people out there who can't love their children for who they grow up to be.

This story a gay high school student who earned nation-wide support for standing up for his right to bring another male student to the prom starts as an uplifting story.  However, according to the Macon Telegraph [via Project Q Atlanta], Derrick Martin's parents have now kicked him out of the house over the whole thing.

For that, Mr. and Mrs. Martin have been inducted into the gaysocialites.blog Stupid Bitches Club.  We know they're just ignorant, so we're willing to kick them out if they smarten up.

Derrick says he has received tons of encouragement from across the world.  There has even been a Facebook Group set up in his honor. Since his parents are stupid bitches, Martin says he has been staying with a friend.

Rielle Hunter hates these GQ pictures, who cares that she's an adulter 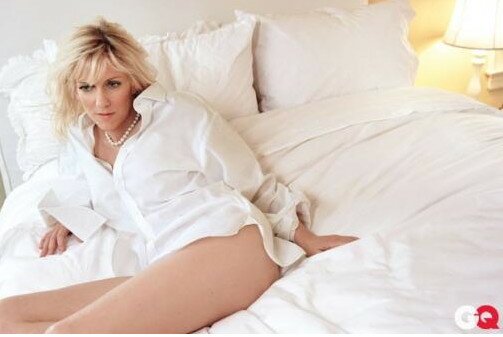 Rielle Hunter is a stupid bitch, and that's all there is to it.  First, she slept with John Edwards while his wife Elizabeth was dying for cancer and campaigning for his dumb ass.

Hunter, meanwhile, got pregnant by Edwards and had their little girl.  Now, Rielle is telling her story to GQ magazine and looks like a big ole' slut in the photo spread.

On Monday, Hunter was doing damage control by calling everyone from Barbara Walters to the New York Daily News saying she was upset by the photos and "cried for hours" after seeing them.

Walters told Rielle's story on "The View" as if they were best friends saying Hunter "went with the flow" of the photo shoot.  She evidently told Babs that she trusted the photographer.  Clearly, a bad move! 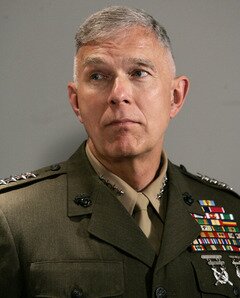 The gaysocialites.blog Stupid Bitches Club picked up a new member this week as Gen. James Conway, our nation's top Marine, told Congress that he didn't think the military's "Don't Ask, Don't Tell" policy should be repealed.

Conway, who clearly doesn't think before he speaks, asked:

"Do we enhance war fighting capabilities by allowing homosexuals to openly serve?"

The answer is clearly, yes.  General Conway should have to dress like a clown with a big nose and bright red hair as he goes off to his daily Marine duties.  (I'm talking big shoes and all here.)  Let's see what happens if Mr. Conway has to act like someone else every day for the rest of his life.  Imagine if he had to hide who he really is just to do his job.  Then, I bet he would answer his own question.  Yes we would enhance our war fighting capabilities by allowing homosexuals to openly serve in the military.

Conway joins other freaks and losers in the Stupid Bitches Club such as Britney Spears, New Jersey Governor Chris Christie, Sarah Palin, Carrie Prejean and others.

This is an interesting development, in case you missed it.  At this past weekend's Conservative Political Action Conference, a group of Republicans booed Ryan Sorba of California Young Americans for Freedom for being a homophobe.  Does the GOP like us now?

Sorba, who got a roaring boo as he stood up, said he condemned CPAC for allowing a gay group to participate.

When he said he didn't think GOPride should be allowed to attend, the audience really let him have it.  To which Sorba replied, "bring it, bring it, I love it, I love it." He eventually shut his ignorant mouth and sat down without ever delivering his speech.

Who loves hate and bigotry? A stupid bitch, that's who!  That's what we're inducting Ryan Sorba into the gaysocialites.blog stupid bitches club. 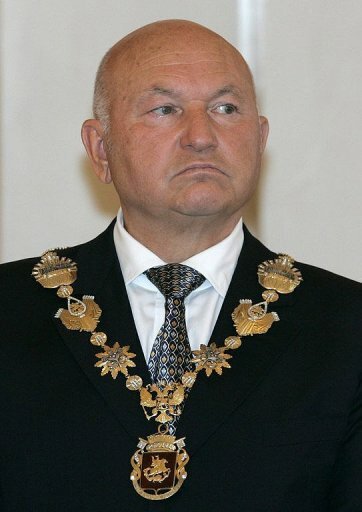 "A gay parade... cannot be called anything but a Satanic act," Yury Luzhkov told an education conference, quoted by Interfax news agency. "We haven't permitted such a parade and we won't permit it in the future."

Parade organizers have never been granted permission to hold gay pride parades by the city authorities, leading to violent clashes with police and anti-gay protestors.

Luzhkov, being the stupid bitch that he is, called for gay marchers to be punished. "It's high time that we stop propagating nonsense discussions about human rights, and bring to bear on them the full force and justice of the law," he said.

What kind of world do we live in? This must stop! 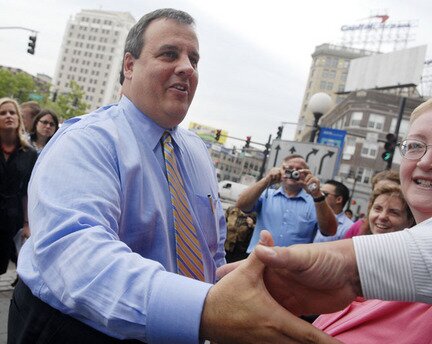 It's a monumental day for the Stupid Bitches Club (SBC) as many as we induct our biggest member yet.

Today, gaysocialites.blog will induct the fattest member ever into the SBC.

New Jersey's heavy weight  gov-to-be,.Chris Christie, is the latest inductee and definitely weighs more than any other member we've deemed a stupid bitch in the past.

It isn't Christie's fat ass that landed him the SBC, necessarily. It is his stance on gay marriage. Christie evidently recently said that marriage isn't a right at all. He says it is an honor bestowed on those who deserve it making a week comparison to obtaining a driver's license. So, basically it seems that NJ's Governor-elect believes we aren't privileged enough to tie the knot.

That's cool, because we think Mr. Christie is a fat ass, stupid bitch. He joins such members as Britney Spears, the New York Senators who voted against gay marriage, Sarah Palin and many others as members of the SBC..

Christie is scheduled to be sworn in as the Governor of New Jersey on Tuesday. 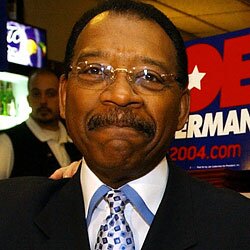 On Thursday, gaysocialites.blog inducted more members into their Stupid Bitches Club as the 38 New York Senators who voted against gay marriage each earned their spot in the coveted organization.

The Stupid Bitches Club (or SBC) recognizes stupid people who do bitchy things to promote hate or general stupidity.

Other members include Britney Spears, Ann Coulter, Sarah Palin and Carrie Prejean.  There's a full list of the Senators who were inducted into gaysocialites.blog's SBC after the break.

This is our first ever dual induction into the Stupid Bitches Club (SBC).  Today, we induct Sarah Palin and the idiots who waited three hours for her to sign their book.

If Palin really quit her gig as Governor of Alaska to focus on national recognition, she is not off to a good start.

While signing copies of her book, "Going Rogue," in Noblesville, Indiana late last week; a crowd of Palin supporters quickly turned against Sarah when she refused to sign their books.

Evidently, over 300 stupid bitches wasted more than 3 hours waiting to get Palin's autograph on their book. However, Palin (also a stupid bitch) snubbed many of them and just left them standing as her fancy tour bus rolled off.  As you'll see in the video above, the crowd boos and turns against the former Republican Vice-Presidential nominee.

In response, the stupid bitch says "something" is being done for the 300 stupid bitches.  That seems a bit infeasible and illogical... typical Palin style!

Prejean is, of course, the ousted Miss USA who hates the gays.  Larry kept pressing her about negotiations over a sex tape in which classy Carrie masturbated inappropriately for her boyfriend on video.  It ruined Carrie's lawsuit against Miss California USA.  Carrie got pissed off at King and started squirming.  When the first caller was a gay man, Prejean decided to step!

On the same day, Carrie survived the women of "The View".  The following morning, Whoopi Goldberg said Prejean appeared "bitchy" on their show. 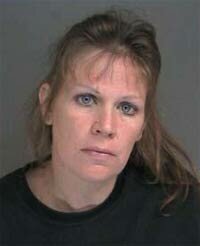 Sharon McDonough, 43, of Long Island New York became one of the only civilians ever inducted into the gaysocialites.blog Stupid Bitches Club (SBC) on Monday for running what appears to have been a pet concentration camp.

McDonough now finds herself chained up and behind bars just like dozens of animals who were tortured and/ or killed in this crazy lady's home.

According to WCBS, it all started Thursday, when a local animal rescue contacted cops to report McDonough's house.

When authorities arrived, they were horrified at what they found.

"We recovered at that time five dogs that were crammed in small cages, that appeared to be in danger, that were removed," Chief Roy Gross, of the Suffolk County SPCA, said.

From there things got even worse. As the investigation progressed, authorities eventually discovered a mass grave of dead dogs and cats in her back yard.

The story gets even sadder. Investigators will now have to review previous complaints about animals disappearing from the neighborhood. Cops think McDonough may have tortured, killed, and buried them behind her house.

One family says their dog and two cats have been missing, and they fear that the pets may be part of the gruesome discovery.

What a stupid bitch.

Maine voters to decide yes or no on gay marriage 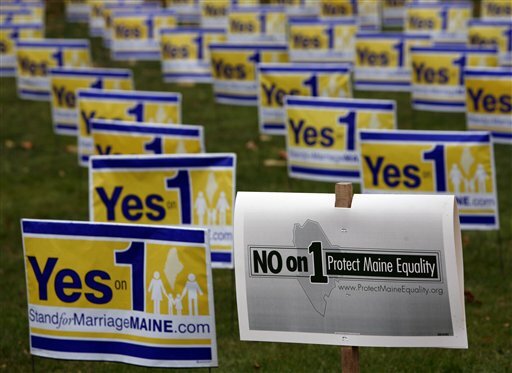 On Tuesday, voters in Maine will get to decide whether gay marriage will remain legal in that state.  Today, we induct these "Yes on One" campaigners in Maine as members of the gaysocialites.blog Stupid Bitches Club.

I love it that the "No on One" sign stands out so much due to the fact that those stupid bitches used so many signs.  How could one group of people hate so much?