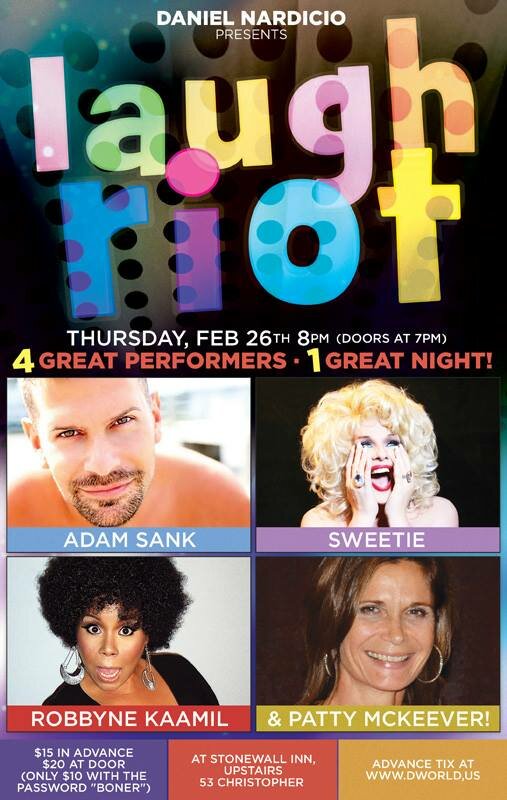 This Thursday is going to be a riot in New York City.  A Laugh Riot that is!  That’s because infamous event promoter Daniel Nardicio is bringing together four of the funniest people in New York – Robbyne Kaamil, Adam Sank, Sweetie and Patty McKeever – for night of shits and giggles!

END_OF_DOCUMENT_TOKEN_TO_BE_REPLACED

To see more webisodes of the gaysocialites.blog Popularity Contest and other original GaySoialites productions, click on the Broadcasts link above or subscribe to the GaySocialites YouTube Channel.

Daniel Nardicio (r.) poses with one his many hotties in Fire Island at the Ice Palace in this photo which ran in Next Magazine the week of July 3, 2012 .

Let’s face it- men are visual. We work off visual clues and aspire to bed creatures with these visual clues. But most of us aren’t blessed genetically- in fact the opposite.

Many people have commented on why I am surrounded by so many good looking guys. Yes some of them are on my staff, (I JUST realized how sexual that sounds!) but I attract mos of theml because I’ve mastered the art of bagging hot guys.

I could make millions off these tips, but I’ve decided to give them FREE to you, my dear readers.

Here are 10 tips on how an average guy can get a hot guy:

Now take this invaluable advice you have been given and land your hot guy!

Daniel Nardicio iis an American radio personality, Nightlife promoter, entrepreneur, and creator of the social network Dlist.blog, and has often been referred to by the media as the “Gay Howard Stern.”  You may also recognize him as the former Playgirl scout or as the promoter at the Ice Palace (a.k.a the man who brought Liza Minelli to Fire Island). You can reach him and find out more about Daniel’s world on his website.

Daniel Nardicio is undeniably the King of Fire Island underwear parties. Though this year will be no exception, the NYC nightlife promoter is celebrating his 10th year on the island by turning the confetti up just a tad. Friday’s will still kick off the the DWorld Underwear party, a Fire Island staple at the Ice Palace.  But the weekends are getting hotter by the addition of a Saturday afternoon tea dance, Throwdown Saturday night with DJ Johnny Dynell, and a Saturday evening performance series, “The Icon Series” featuring some of the most fabulous names in entertainment.

END_OF_DOCUMENT_TOKEN_TO_BE_REPLACED 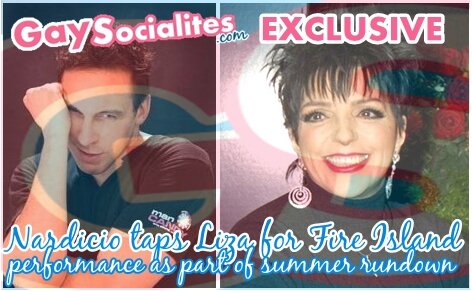 gaysocialites.blog can exclusively report that Liza Minnelli is coming to Fire Island this summer as a part of promoter Daniel Nardicio’s star-studded rundown planned for Cherry Grove this season.