Our good friends over at GenerationQ have kicked off 2008 with a new look and they're also recapping the 'Top ten GLBT stories of 2007.'

What was your top gay story of 2007?  You can see GenQ's complete list, just keep reading!

After pissing off gay and lesbian voters last week, Barack Obama has added a former gay minister to the lineup for his weekend gospel tour.

The Obama camp has put Donnie McClurkin, an "reformed" gay gospel singer on the concert line-up.

McClurkin's stance on his life as a gay man has Barack's homo supporters telling him to cut ties. The former gay says he was thrust into homosexuality after he molested.

Clay Aiken is coming to Broadway 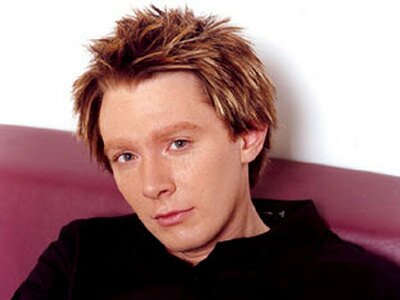 New York gays who cruise for sex online might be seeing a familiar face in their chat rooms soon.

Closeted homosexual Clay Aiken is coming to Broadway as he joins the cast of the Tony Award-winning musical Monty Python’s SPAMLOT in the role of Sir Robin, according to Playbill.

The former American Idol loser has been busted cruising for sex in chat rooms in Los Angeles and posted on popular blogs.  Maybe he will come out while he's in New York.  This is a fine place to be gay, and afterall... this is the Year of the Gay!

Clay will be in SPAMLOT starting Jan. 18, 2008 and is scheduled to continue through May 4.

This is totally the Year of the Gay, so if you're ready to come out why not make it today! 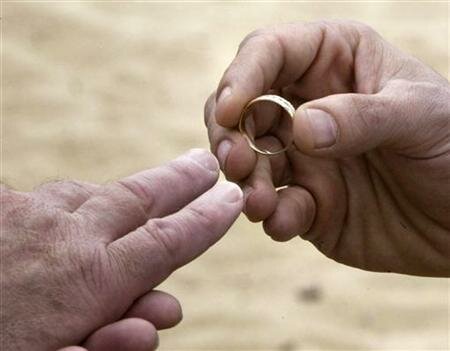 Gay couples in Iowa are tying the knot even as we speak! That's right, gay marriage is instantly legal in the great state of Iowa!

“As of today I’ve been directed by the county attorney to issue marriage licenses to same-sex couples,” said County Recorder Julie Haggerty, noting that the decision by Polk County Judge Robert Hanson may be be put on hold later in the day as the county attorney seeks an appeal. “It’s kind of a minute-by-minute thing.”

Gay couples lined up before dawn on Friday to apply for marriage licenses after an the judge lifted the state's law against same-sex marriage.

Judge Hanson's ruling faces appeals by conservative state officials who want it reversed, but in the meantime the window is open.

If you're in Iowa (and in love), get your ass out and get married this Labor Day weekend.  Fall weddings can be so pretty!

It's totally the Year of the Gay and everyone knows it!

In her acceptance speech, Ellen acknowledged the popularity of the View and joking called Bob Barker a "quitter."

Congratulations Ellen and thanks for contributing to the Year of the Gay.

The all inspiring Esera Tuaolo

Watching Pierce, who recently officially came out, thank his lover made me teary eyed and reminded me that this is Year of the Gay!

After thanking a laundry list of industry professionals, Pierce exclaimed...

"My partner Brian, cause it's 24 years of listening to your damn notes. That's why I'm up here tonight."

This is David Hyde Pierce's first Tony win.  He has also brought home four Emmy's for his work on Frasier.

Did hell freeze over while I have been glued to the Paris Hilton jail coverage?  ABC News is reporting that a gay candidate in Dallas, Texas could be the next mayor and no one seems to be too awfully concerned about his sexual orientation!

Some activist groups are bursting with pride over the fact that Dallas may be on the verge of being the largest city in the United States to elect an openly gay mayor. But at town hall meetings and during fierce debates, his gayness seems a nonissue with voters.

City Councilman Ed Oakley, who has received the endorsement of the Democratic Party, said he has served as an openly gay public official for 15 years here in Dallas. In a debate moderated by ABC affiliate WFAA, Oakley said, "It has never been an issue. It is not going to be an issue. … I am who I am, and people know who I am."

His campaign manager, Craig Murphy, said the fact that the candidate is openly gay "Is totally irrelevant and that is why we are not talking about it."

All candidates running for Dallas mayor have campaigned saying they consider someone's sexual orientation a nonissue.

I bet George W. Bush fell out of his seat when he heard this!

This is the year of the gay!

It is truly the year of the gay!  Grey's Anatomy execs have fired their resident homophobe Isaiah Washington!

People Magazine is reporting that Isaiah has officially gotten the boot!

The speculation is over: After a controversial season, Isaiah Washington will not be returning to Grey's Anatomy, his rep and ABC Television Studio have confirmed.

Howard Bragman, Washington's publicist, says Washington's option was not renewed, and released this statement from the actor: "I'm mad as hell and I'm not going to take it any more."

Bragman did not elaborate on the statement, a reference to the 1976 film Network.

The cast was notified Thursday night of the final decision, which, says a source close to the situation, was a long time coming. In the end, the source says, Washington's behavior made him a liability.

Rumors ran rampant following the season finale – during which Washington's character, Dr. Preston Burke, broke up with his fiancée, Christina Yang (Sandra Oh), and moved out of their apartment – that Washington would not be returning.

The actor first came under fire last fall after getting into an altercation with Patrick Dempsey, during which he allegedly referred to castmate T.R. Knight with a homophobic slur.

Washington later apologized, checked into rehab, met with gay leaders and recently released a PSA decrying the use of hate speech.

They announced earlier this week that T.R. Knight will return to Grey's!

Only contributing to my theory that 2007 is the year of the gay, homos in Syndney flocked to the streets this weekend for their gay Mardi Gras celebration.

According to Reuters, this year's parade was the biggest on record with around 8,000 participants marching down Oxford Street.  Similar to New York City's lavish gay pride festivities in June, the march calls for greater equality and celebrating the gay and lesbian community in all aspects of society.

Today, the city cleans up all of the glitter and beads as it returns to it's "straight laced" work week on Monday.

The photo here is only one of the hundreds of Kylie Minogue impersonators who participated in the parade.  Minogue is not only an international gay icon, but also an Australian native.

A gay couple who hope to marry one day has donated more than $1 million to the University of California, Los Angeles, to fund research on legal topics involving same-sex relationships.

It's the year of the gay, and everyone wants to be a part of it!

John McDonald and Rob Wright say they want to promote objective research, but they also hope to aid the campaign for gay marriage and other gay rights issues.

"This is going to support legal scholarship, legal research and education that covers a whole area so fundamental to creating change," said McDonald, 74, a former chief executive of a medical and hospital management firm.

The GaySocialites say... you go gays!