« Britney Spears and Kevin Federline are back in court! | Main | Meet the iPhone knock-off, LG's Voyager » 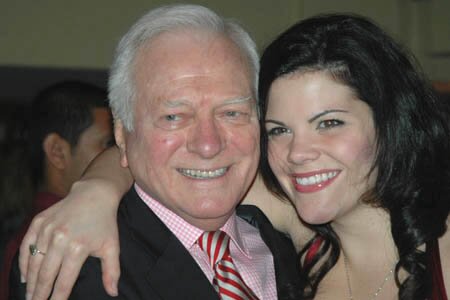 Broadway actor George Grizzard has passed away, his agent reported on Wednesday.  He was 79 years old.

Grizzard died of lung cancer on Tuesday in New York.

NEW YORK (Reuters) - Tony-winning actor George Grizzard, a star in the original 1962 Broadway production of Edward Albee's "Who's Afraid of Virginia Woolf?," has died at age 79, his agent said on Wednesday.

Grizzard, who debuted on Broadway as actor Paul Newman's younger brother in "The Desperate Hours" in 1955, won a best actor Tony in 1996 for his role in a revival of Albee's "A Delicate Balance."

Newman praised Grizzard, saying, "When we were on the stage together, he was the best thing around."

He won an Emmy for best supporting actor in a limited series or special in 1980 for his role alongside Henry Fonda in "The Oldest Living Graduate."

In the original production of "Who's Afraid of Virginia Woolf," Grizzard played the husband in the younger couple who come to dinner at George and Martha's house and becomes the butt of their jokes.

Years later, he said it was a difficult role because the audience delighted in watching him suffer.

Martha and George were played by Uta Hagen and Arthur Hill and the role of Grizzard's wife was played by Melinda Dillon.

Hello! Good Site! Thanks you! kuobhetwknp

Hello! Good Site! Thanks you! ckgljaoiikues

TrackBack URL for this entry:
http://gaysocialites.blog/magazine-mt/mt-tb.fcgi/2442