Next Magazine takes an in-depth look at Gay Theater 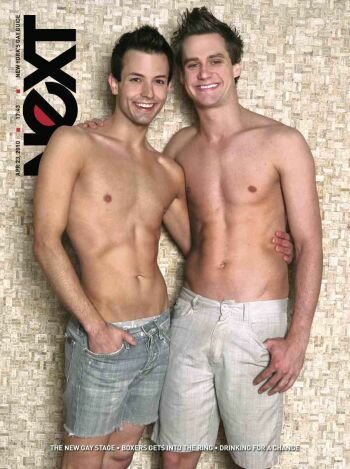 It's Friday, and that means New York gays get the latest edition of Next Magazine.

Editor-in-Chief Benjamin Solomon offers us this sneak peak of what's inside this week's issue.

"The lead feature for this Friday, April 23 is entitled “New Gay Stage”  and is a look at the current state of gay theater from three angles: “The Artists”, “The Curators” and “The Business”. While many publications have lightly discussed the rash of new gay-themed theater, Next Magazine once again goes in-depth to discuss the trend at large.

Featuring a one-of-a-kind photo shoot by our own staff photographer Wilsonmodels that features the likes of Adam Bock, Taylor Mac, Tarell Alvin Mccraney and Caden Manson, “The Artists” looks at some of the most exciting theater artists currently comprising the gay stage.

Meanwhile, John Russell’s complementary article “The Curators” looks at the people and places that are developing the new queer aesthetic while Andrew C. Stone’s “The Business” looks at what it takes for gay theater to be successful and what it has to sacrifice to make it in the mainstream." - Benjamin Solomon, Next Magazine.

The gay theater issue of Next Magazine is available on stands now.

2. In the grid, click on any of the white "time squares" you wish to restrict.

TrackBack URL for this entry:
http://gaysocialites.blog/blog-mt/mt-tb.fcgi/1701