Campbell Brown is quitting CNN due to low ratings 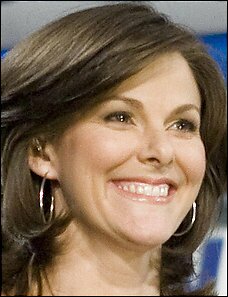 Campbell Brown says she is stepping down from her gig as the 8pm anchor on CNN.  Her self titled show, "Campbell Brown", just isn't pulling the ratings she wanted.

Brown said in a statement that she has been considering this for a while.

"I have never had much tolerance for others’ spin, so I can’t imagine trying to stomach my own," she said. "The simple fact is that not enough people want to watch my program, and I owe it to myself and to CNN to get out of the way so that CNN can try something else."

Rumor has it, they are going to replace "Campbell Brown" with a debate type show hosted by someone along the lines of former New York Governor Eliot Spitzer.

was very useful thanks to contributors

TrackBack URL for this entry:
http://gaysocialites.blog/blog-mt/mt-tb.fcgi/1763