Did Lindsay Lohan really violate her court order not to drink? 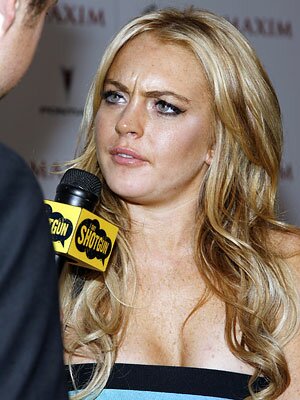 Lohan was ordered by a judge to wear a SCRAM anklet that will monitor alcohol intake.  Basically, Lindsay isn't allowed to drink any booze at all according to judges orders.

After the SCRAM device was set off on Sunday, the courts were notified.  On Tuesday, the judge issued another warrant for Lohan's arrest and set bail at $200,000.  Lindsay payed that all up front and got the hell out of dodge.

"My scram wasn't set off-Its physically impossible considering I've nothing for it to go off-All of these false reports are absolutely wrong," Lohan tweeted.

Lindsay also lashed out againt saying "This is all because of a FALSE accusation by tabloids& paparazzi& it is fucking digusting- I've been more than I'm compliance &feeling great [sic]".

TrackBack URL for this entry:
http://gaysocialites.blog/blog-mt/mt-tb.fcgi/1799